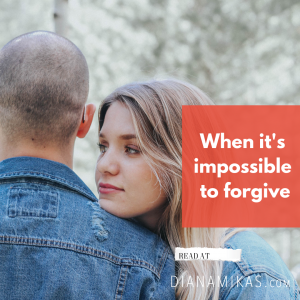 You understand that forgiveness is a doorway to happiness, growth and freedom. You know you have to find forgiveness for all the wrong that you’ve experienced in your life to be free. But when the offence is too big to comprehend, and when it’s impossible to forgive, how do you let go of the victim story that’s holding you back? What other alternatives to forgiveness is there that will make your journey more bearable and dare I say, joyful?

Unlike most psychotherapies, I don’t believe we have to go back into the pain of your trauma in order to find forgiveness. But I do believe if you don’t acknowledge it, it will, like a child that hasn’t been given enough attention, natter at you your whole life. It will appear when you least expect it and when you most certainly don’t want it to show up.

When Pain Becomes a Volcano

As a child, I was given a great gift from my mother. It was the ability to see how her unresolved emotional trauma would erupt at the least acceptable times. These eruptions would appear when we were eating, when we were relaxing in front of the television and when she couldn’t control something.

When these eruptions occurred, it showed me that she had bottled up years of emotional trauma. The outbursts were unpredictable and happened often. We call it IED – Intermittent Explosive Disorder, and when I was old enough to understand why she would rage, I could see the depth of her pain.

You see my mother was a war child and with the unimaginable horrors that she had to witness, her savior and father was brutally murdered by the German army. I could only imagine, being a Daddy’s girl, what that must have felt like to lose the parent who protected you and adored you at a time when all you wanted was protection from the outside world.

I’m telling you this story because although it’s an extreme version of how a childhood trauma can make forgiveness difficult, we can experience the same sort of loss and trauma from other experiences such as a divorce or break up. The stories are different but how we hold them in our bodies is the same.

Why it’s important to forgive

If you’ve ever had the opportunity to forgive a minor offence, like a girlfriend not showing up to your event. Once you found out that she was in a car accident, you could forgive her instantly.

This applies to your heartbreak. When we hold on to the feeling of a pain story it can affect our whole outlook on life. One early study in 2001 – Van Oyen, Kudwig, & Laan, suggests that even thinking about forgiving the offender can improve the health of your cardiovascular and nervous system.  Cardiovascular because it’s linked to the Heart Chakra and nervous system is foundational linked to the Root Chakra.

More studies have concluded that forgiveness can increase optimism, self-confidence, compassion, reduced stress and spiritual connections. And these benefits continue to exist months after doing the forgiveness work.

Sometimes there is no one to blame or to release responsibility onto. Like my mother. Should she blame all Germans? Of course not.

And so, do we blame all potential partners for the horrible experience you went through in your previous relationship? Of course not.

But still, there is holding that happens. A holding on to the story that we made up in order to make sense of what happened. We must believe that someone is at fault or else we blame ourselves for the decisions we made. And blaming ourselves is another way of remaining in victim and shame. So why do that?

The way to heal from the trauma when it’s impossible to forgive is to embrace another way of forgiveness without going back into the trauma.

This way is one of my favourites because it’s simple and effective.

What you think and energetically release into the world affects everyone from the person you pass on the street to your children and your best friend. And because of this you cannot be the victim unless you make yourself the victim.

With intention, you can change your programming, thereby change the experience of everyone around you. That’s how powerful you really are.

But there is another thing about this power. It comes from your subconscious mind. That’s why you can be the most talented person in the world and still be unknown and broke.

The ancient Hawaiians understood this and that’s why, they developed the practice of acknowledging, asking for forgiveness and then releasing. This practice is a beautiful and simple way of finding forgiveness when it’s seems impossible to do.

They believed that what you see in another is what you see in yourself. We call this the mirror. When we see something in someone that we don’t like. It is a reflection of what we have within ourselves and so all healing is self-healing.

By saying this prayer to yourself every time you have the emotions arise you will be releasing yourself and all of those around you.

I’m sorry
Please forgive me
Thank you
I love you

By saying, I’m sorry, you’re telling the universe that you know something, (a story) has gotten into your body/mind system. It doesn’t matter how it got there and what triggers were set off. It’s there and you acknowledge it.

By saying, Please forgive me, you are telling the universe that you want forgiveness for yourself and how it got there.

By saying, Thank you, you are saying expressing gratitude for the knowledge that it will be resolved. You have gratitude and grace to let the universe direct the energy for your good and the good of all.

By saying, I love you, you are using the highest vibration of love to transmute the low energy of the emotion that keeps you in suffering to the highest of flowing energy of love.

Like a childhood trauma or the divorce that further reinforces your victim story, you have a choice to heal this pain not by going back into it but by simply acknowledging it, forgiving it and letting it go. Once you do, you might just experience a joyful release. Give it a try and let me know what happens.

« Overcome Abandonment by Working on Your Roots
Flowing through grief » 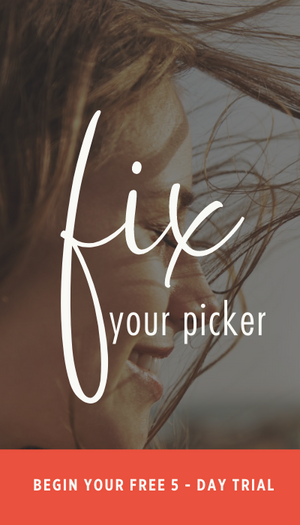